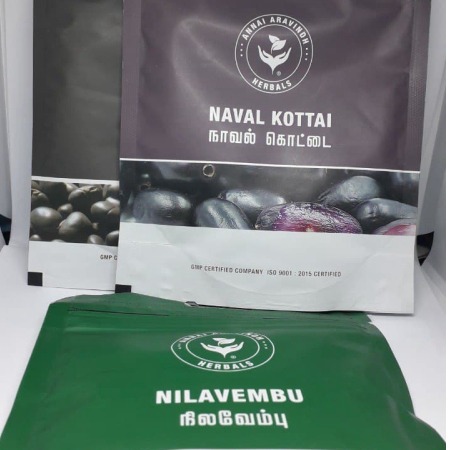 Combination of Chakarakoli, Navapalam & Nila Vembu This herbs have anti-diabetic properties, including lowering blood sugar and improving blood lipids and insulin sensitivity. This is a list of the most promising herbs and supplements for diabetes. Nava Palam The fruit is very nutritious. It helps in controlling diabetics. All parts of the java plum can be used medicinally and it has a long tradition in alternative medicine. In India the bark is used for anemia, the bark and seed for diabetes which reduce the blood sugar level quickly, the fruit for dysentery, leaves juice for gingivitis (bleeding gums). Sakkarai kolli Gymnema or Gymnema Sylvestre is often referred to as “sugar destroyer” and has been used in Ayurveda since the 6th century B. C. It has been shown to have a regenerative effect on pancreatic beta cells while curbing a person’s craving for sweets. * INDICATIONS: It will controls the glucose level in blood. DOSE: 1-2gm with milk or hot water twice a day. * CATIONS: It will controls the glucose level in blood. NILA VEMBU Andrographis has a long historical record as an ancient medicinal herb, used for centuries in Ayurvedic. Historically, the herb has been widely used for the common cold, flu,etc.,Andrographis paniculata is an annual herbaceous plant in the family Acanthaceae. As an Ayurveda herb it is known as Kalmegh or Kalamegha, meaning "dark cloud". It is also known as Nila-Vembu, meaning "neem of the ground". Andrographis paniculata (Kalmegh) is an antioxidant and anti-inflammatory in nature. It is used for the cancer and HIV. The regular use of Andrographis paniculata is helpful to cure cough. 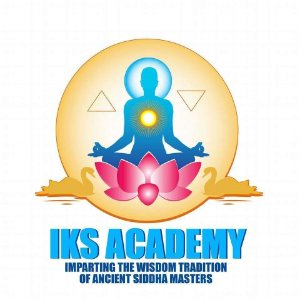 Please dont refresh or press back